Availability:
In stock
Price:
from 100 $

You must select all the options for buying this product 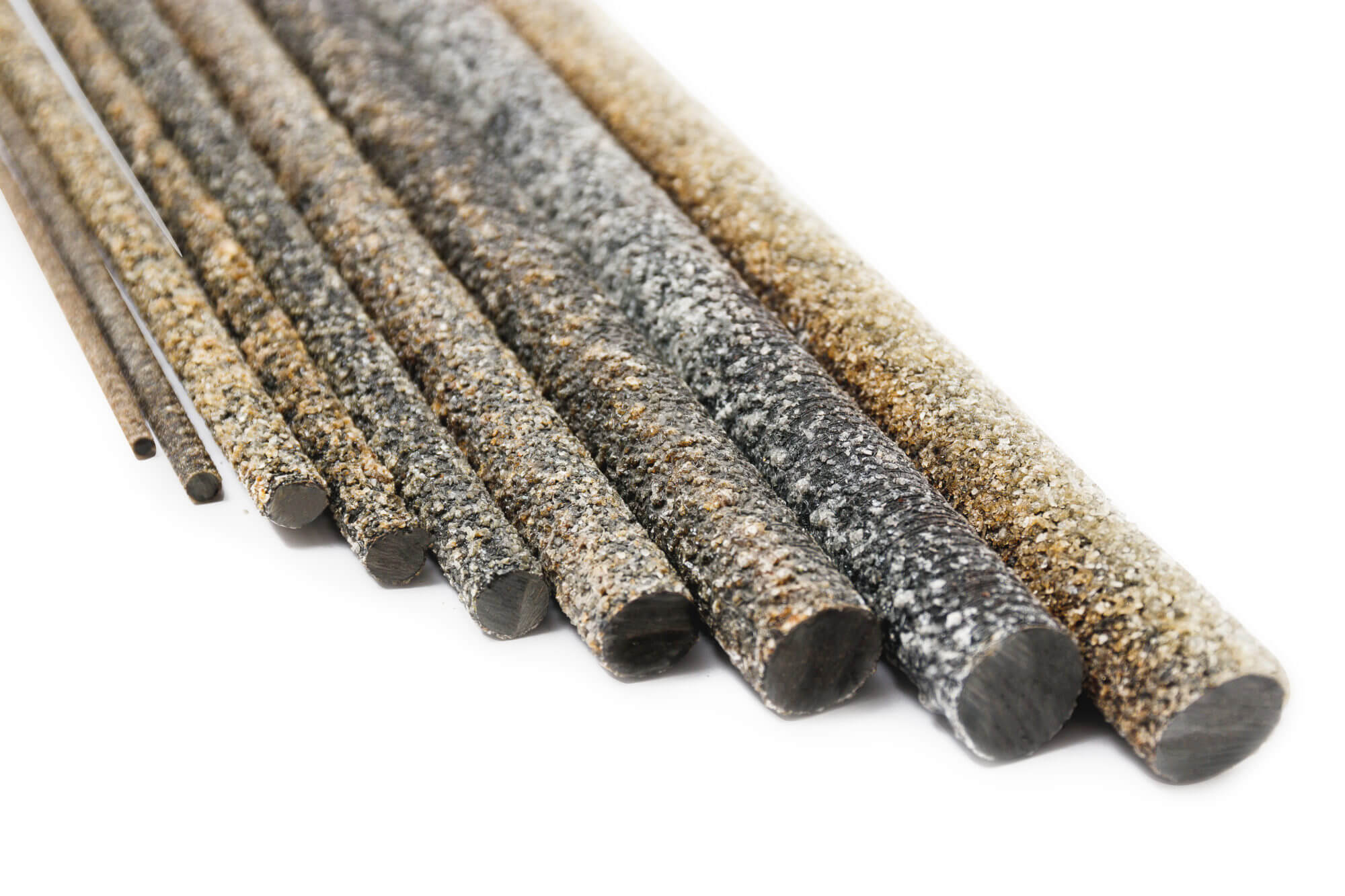 View Technical Data
Description:
Basaltfiber rebar is a Sand-Coated Structural Reinforcing Rod made from a combination of high quality basalt roving (up to 85% by weight) and resin matrix. Sand-coated surface provides high concrete bonding while basalt filaments impart tensile strength.
Application:
Design guides:
Recently FRP rebars have been used as an alternative to steel rebars for reinforcement of concrete structures. However in some cases, steel rebars cannot be directly substituted with their FRP analogues, due to differences in their mechanical properties. That is why applicable guidelines shall be followed during designing of FRP-reinforced concrete structures. The most crucial differences, like lower modulus of elasticity and shear strength, limited maximum sustained shear stress of FRP rebars, shall be also considered before designing. More details